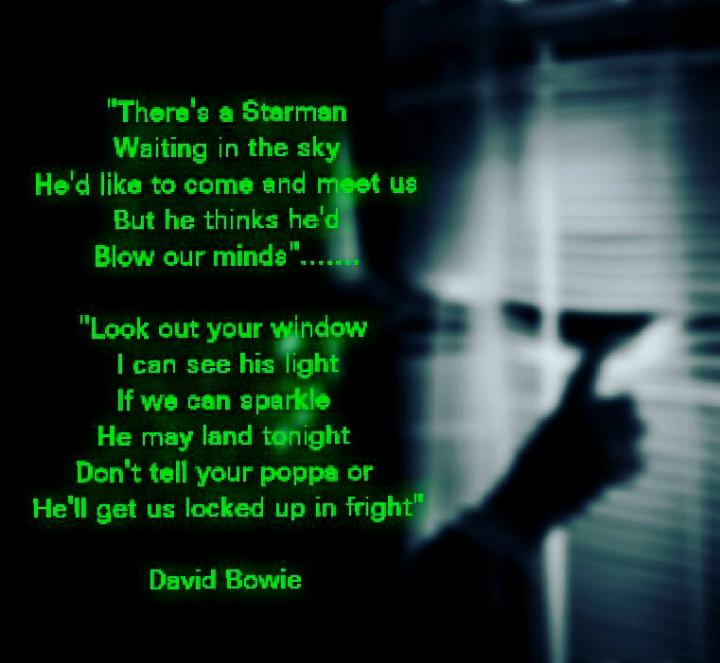 I want to share an experience I had about 15 years ago. Actually I am guessing as to how long ago it was. I cannot quite remember.

Late in the early hours of the nite, I awoke to a bright light coming in thru the blinds of the window at the end of my bed.

It scared the shit out of me because it was a light I had never seen before. It illuminated the black dark room which I was lying in. The light was white not like from the sun. It was not gold or yellow.

I saw it coming in from the blinds and I was curious to look out my window but didn’t because I was frightened.

As I looked to my left I noticed light bouncing off a spoon I had left in my room that was sitting on a shelf.

I got out of bed quickly and gazed across the room. I noticed a picture my daughter had done in school which was hanging on the wall was illuminating white light.

The picture was of Mary Magadalene in prayer. My daughter had a class project where they did rubbings in white chalk on black paper over a gravestone. I remember having to purchase the black paper she needed for it. It was hanging in my bedroom at the time.

I was filled with fear because I knew this light was not from here. I covered my eyes with my right hand  and was searching with my other hand for the light switch on the wall. I had to turn on the light because it freaked me out that my room was lit up by something other than a normal light. I wanted it to go away.

My heart was beating so fast. I had never experienced anything like it. For many nights I slept with the lights on after that.

I had to roll up the picture my daughter made and put it out of sight because I was frightened of it.

I only told a few people what happened to me. And to this day I rarely talk of it.

Shortly after that, I started researching white light and found out that usually people who experience this have had near death experiences which are called NDEs.

I was definitely not near death. I had been praying alot though and reading a book about angels the night before. Around that time, I remember listening to alot of David Bowie and his song Starman reminds me of what happened that night.

I was afraid to open the blinds because I wasn’t sure if it was angels or maybe a spaceship waiting outside my room. I know that may sound ridiculous but I was not about to find out.

My search to find out about white light led me to read more about near death experiences. I believe now after many years I had a mystical experience. I believe something heard my prayers and I had a visitation.

I was not ready for it. If I was, I believe I would not have been so afraid. I was not expecting it.

In my reading about near death experiences in order to understand more about white light, my faith became strengthened. It was more fascinating to me than any spiritual books I have ever read. It reassured me that life after death does exist. And that there are others that exist beyond what we know in this reality.

It strengthed my faith and made me realize that our prayers are heard. At the same time, you cannot just wave a magic wand and expect things to happen miraculously. You have to make things happen for yourself.

It was if something out there was saying, I hear you and I am aware of what you are going thru but you have to figure it out for yourself. Just don’t give up! It’s going to be ok.